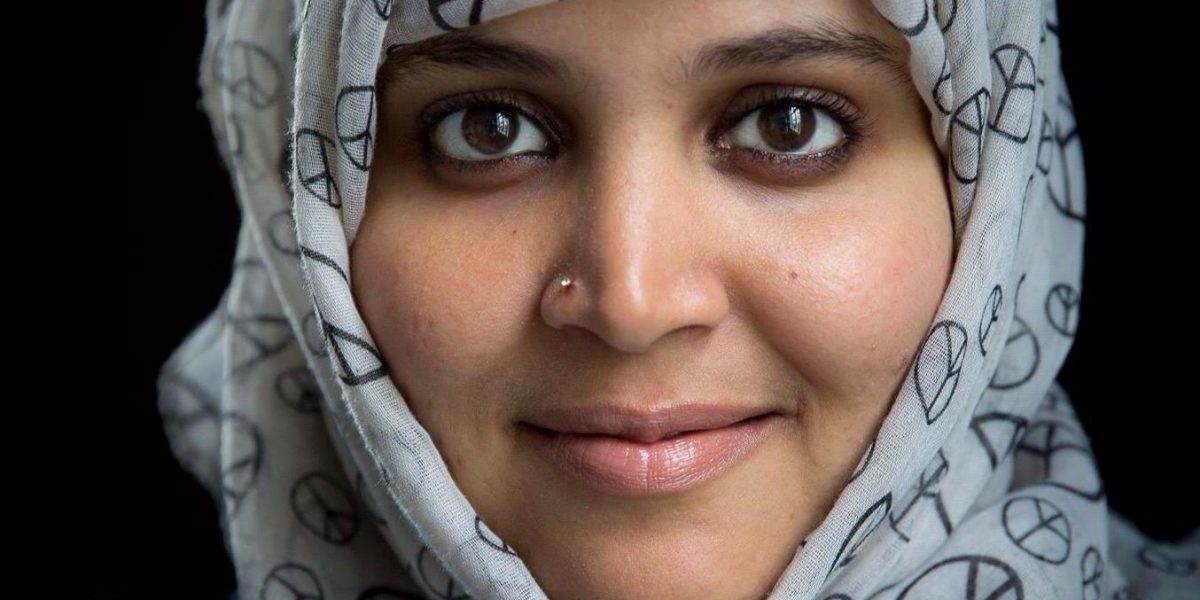 Nazha El-Khalidi, a Saharawi journalist, describes her experience in custody of the Moroccan police

August 31, 2016 Written by AdalaUK. Posted in Most shared

She was detained on 21 August 2016 on Fem Lwad beach in the West of the Western Saharan capital by members of the Royal Moroccan police force and taken to a detention centre at its headquarters. She was at a protest, with her small camera trying to cover the events and the abuses committed by the Moroccan security forces against the Saharawi population, who demand respect for their legitimate right to self-determination.

‘They came to arrest the protestors who were there, but later they detained everyone including the journalist Nezha. They pushed them into a van, hitting them too. We realised the whole area was surrounded by security agents, as if they had come to arrest a group of terrorists’ recounts a witness.

One of those arrested told Adala UK that Nazha was taken along with other detainees to the Police headquarters in the city of El Aiun and that they later freed some of the protestors and imprisoned the journalist in conditions of extreme overcrowding. There began the second round of interrogation on the organisation of the peaceful protests at which protestors defended the right to self-determination of the Saharawi people, recognized in all UN resolutions.

Nazha, a correspondent for Saharawi Republic TV, had her little camera, with which she had planned to cover the protest, confiscated in public and under torture.

‘She was detained along with various minors, both male and female. I saw how the agents violently tortured them.’

‘They hit me and caused wounds all over my body, then they interrogated me. The majority of the questions they asked me were regarding my possessions and political ideas on the question of the occupation of Western Sahara. It’s obvious that what they hoped to achieve with my detention and their threats and torture was for me to stop filming and writing on the abuses they commit but I am determined that they won’t achieve this. I will continue on my path as a journalist and will make known to the public what the Moroccan government hopes to cover up (see Nazha’s testimony following her release).

Nazha was released after spending a night in arbitrary detention and suffering mental and physical torture. The Moroccan authorities have not returned her confiscated possessions including her camera, which contains images she filmed of the protest.

It is disappointing that journalists continue to risk being accused in the occupied territories of Western Sahara for what they write or what they film, despite Morocco’s promises to the UN to ‘respect and protect the rights of Saharawis’ and the hopes of change that these promises encouraged.

Journalists who criticize ‘The King’ or ‘the territorial integration of the Western Sahara in the Kingdom of Morocco’ will be detained and punished with 2 to 5 years in prison and a fine of between 20,000 to 500,000 Moroccan Dirhams ($2000-$10,000) following the latest reform to the aggressive laws enacted against the media by the Moroccan government in the occupied zones of the Western Sahara, already fragile from years of government repression. After this emergency decree has been enacted there is little room for doubting that the authorities have an intention to silence their critics without regard for international law.

The use of criminal charges against journalists by the Moroccan authorities has been criticized by various NGOs and by Journalists without Borders in their opinion on the case of Mahmoud Lhaisan, a Saharawi correspondent who was detained for trying to report on a protest. Adala UK has followed the case of Mahmoud who was being tortured and who was subjected to a forced confession.

Morocco is a State party to the International Covenant on Civil and Political Rights, which guarantees the right to freedom of expression. Accordingly, Adala UK reminds the Moroccan government that the fundamental right to freedom of opinion and expression, which at the heart of the system of Human Rights, must prevail in relation to political criticism, even when this criticism relates to the activities of specific people who have assumed important political responsibilities or to the policy of the Moroccan government in the occupied territories of the Western Sahara.