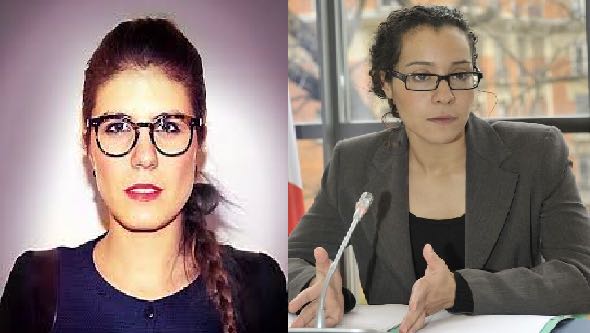 During 2017, Adala UK recorded that the number of cases of people who had been denied entry to or been arbitrarily expelled from Western Sahara by Morocco had reached 76. These people included international observers, human rights defenders, journalists, lawyers, those from the solidarity movement and those accused of ‘disturbing the peace’ or being ‘undesirables’, all of whom were attempting to conduct human rights monitoring work.

On 12 February this year, the two lawyers representing the group of political prisoners known as the Gdeim Izik Group were detained by plain clothes officers of the Moroccan security services and expelled on arrival at the airport in Casablanca. No justification was given for their expulsion nor their initial detention. The two French lawyers intended to visit the group of Saharawi prisoners who are incarcerated in seven different Moroccan prisons throughout Morocco where they all endure terrible conditions and maltreatment. The lawyers expressed their anger at their expulsion especially given the agreement that exists between France and Morocco regarding matters of law and justice.

In a statement the lawyers said: “we are Ingrid Metton and Olfa Ouled, lawyers from the Paris College of Lawyers. We express our complete outrage at the obstacles that have been put in our way to prevent us from carrying out our professional roles and exercising our right to see our clients. All our complaints made to the French government on this matter have so far been ignored”.

Their statement explained that they had travelled to Morocco on Monday 12th February and were detained from the moment the plane landed at 20.40. Their passports were taken and they were put ‘under police escort’ in the international zone of the airport where they were held for 18 hours before they were finally expelled. In May 2017, the two lawyers had been violently removed by the police from the audience chamber of the Rabat Court of Appeal while they were carrying out their duties in defending the Saharawi political prisoners. Olfa Ouled was badly injured during this incident.

“We should be able to freely exercise our duties in defending our clients wherever we are because this is one of the fundamental rights of the profession of lawyer and this principle must be defended throughout the world” stated the lawyers.

On Wednesday 14th February, the Moroccan occupation authorities also expelled a Norwegian journalist and photographer, ‘Rijkaard’, from the occupied capital of El Aaiún, without any legal justification. According to witnesses, the Norwegian was visited out of blue by the authorities at the flat where he was staying and told to immediately leave Western Sahara as he was considered an ‘undesirable’. Witnesses also noted that the authorities intimidated the Norwegian journalist and made him get into their car, which then took him to an unknown location. The journalist had pre-arranged meetings in the Occupied Territories of Western Sahara with victims of grave human rights violations.

The fact that both the lawyers and the journalist were each expelled after a long interrogation process about their work and their activism suggests that the decision to expell them was taken as a reprisal against their actions regarding human rights violations in Western Sahara and regarding the injust procedures which took place during the trials of the Saharawi citizens who are defending their right to self-determination.

Limiting who enters the occupied zones of Western Sahara is not a new tactic by Morocco. Over the last few years there has been a systematic denial of entry to activists, lawyers and others who support the self-determination of the Saharawi people. The decision to expell these two lawyers and this journalist suggest that the Moroccan authorities have something to hide and it is a flagrant attempt on their part to prevent legitimate investigation into human rights and to silence criticism of the situation in which these particularl political prisoners and the Saharawi people more broadly are living.

Morocco considers any monitoring of human rights in Western Sahara to be meddling in its internal affairs, which has led to the implementation of a closed door policy for all observing organisations and international NGOs who wish to investigate the human rights situation in Western Sahara. But this is a territory over which Morocco has no jurisdiction whilst it awaits its docolonisation under international law and according to the United Nations.

Adala UK emphasises the need for Morocco to abide by the law and promote and defend human rights. This must be upheld by the Moroccan government and they must prevent the expulsion of, threat to, restriction and suppression of all those who aim to uphold human rights. They must pretect their freedoms and ensure their safety. This must be extended to all Western Sahara human rights defenders, regardless of their country of origin.