April 10, 2016 Written by AdalaUK. Posted in Most shared No Comments 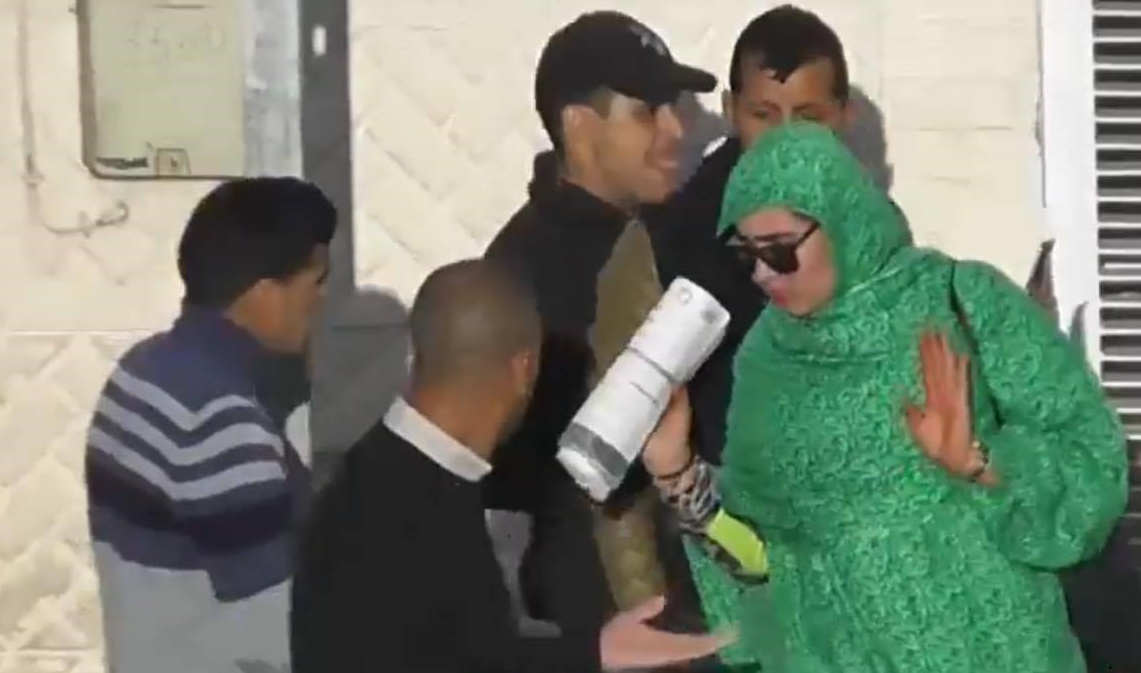 In support of a group of prisoners of conscience on hunger strike, Zainab Abidi took part in a peceful demonstration on Sunday 2 April. During the protest, a group of plain clothes police officers surrounded her. She raised her hands though knew she had only acted peacefully throughout. She was hit in the face by these officers, she told Adala UK. When the policemen, known as the ‘Death Group’ amongst Saharawis, arrived, they told her that if she did not leave they would beat her up or rape her. She ignored their threats and continued talking to her friend. The police approached again and threatened her. Zainab asked them to leave her alone. But the group of officers began to hit her her legs, and one punched her hard in the face until her glasses broke and she had cuts all over her face see this video here.

Two officers held Zainab while another pulled away the officer that had punched her i the face, an Adala UK member and friend of the victim reported.

This incident took place on Saturday 2 April. The Moroccan authorities have neither responded to these allegations nor condemned the aggression shown towards the victim.

“People present were shouting at the policemen, trying to defend the girl from the aggressors. The officers called for reinforcement and both plain clothes and uniformed policemen attacked everyone on the street”, a Saharawi reported to members of Adala UK, adding that “at least five women were punched in front of me”.

“I wanted to know why they were hitting these people, they are peaceful and did not take any violent action”, another witness to the incident explained. “The officers used every insult under the sun towards all the people who were in the area, and they even threatened the women with rape”.

“Morocco says it respects human rights, but this is not true. This always happens, and they always try to convince the victims that ‘if they had not been there, this would not have happened'”, added another woman who witnessed the incident.

Zainab was one of several women who were victims of police abuse that day. All were covered in cuts and bruises on their face and legs. The Moroccan body responsible for complaints of police abuse complaints have not investigated the complaints made in relation to this incident. A video posted on social media, in which the officers are seen hitting Zainab in the street in broad daylight has caused a wave of anger in the Saharawi population.

“The video depicts very similar incidents that are seen in other videos that have been circulating around the networks. They show the same pattern: a group of Moroccan officers shouts and punches one or more women who fall down and try to protect themselves”, explains SB, a member of Adala UK.

Adala UK has documented cases of more extreme violence on the part of Moroccan police officers. A video recorded in El Aaiún by AdalaUK/RASDTV member shows a group of Moroccan policemen beating a Saharawi woman until she falls on the ground, who is then dragged along the road by her hair as she screams. No one dares intervene for fear of being arrested. You can see this video here.

All the victims of police violence who have been interviewed by Adala UK explained how they had been hit, subjected to ill-treatment and even tortured. Most have scars and visible wounds. Nevertheless, the Moroccan authorities have not taken any measures to investigate the complaints of torture and ill-treatment submitted by the victims. Hitherto, not one Moroccan police officer has been investigated in occupied Western Sahara.

The Moroccan government must cease resorting to the use of unnecessary force, and initiate an investigation into police abuses. Adala UK requests an independent investigation into the conduct of Moroccan police (including plain clothes officers) in and around the demonstration on 2 April.