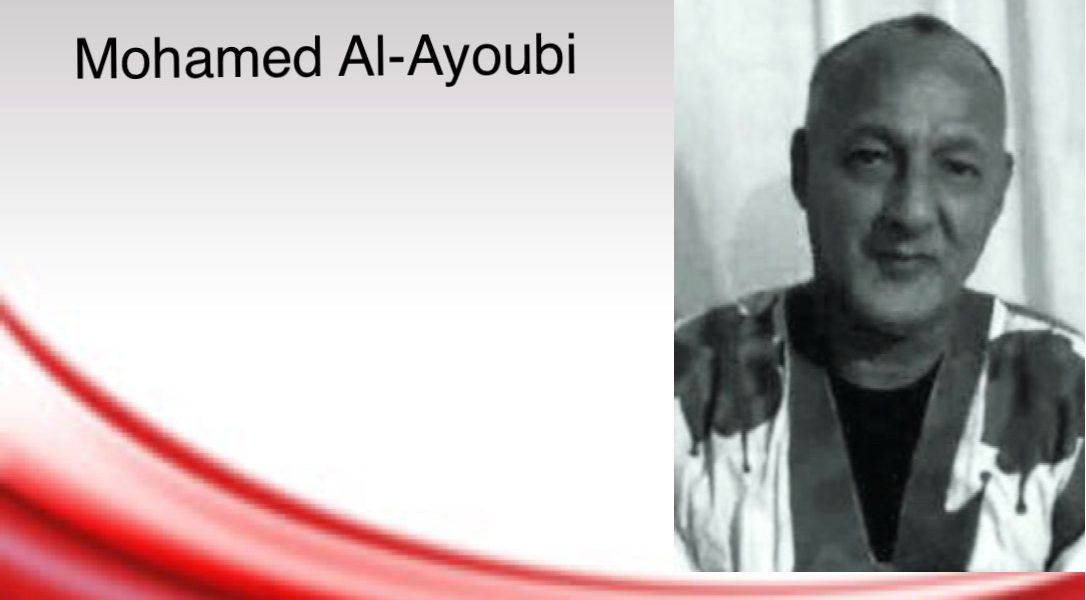 Morocco must open a thorough investigation into death of tortured prisoner

February 22, 2018 Written by AdalaUK. Posted in Most shared

Mohamed Al-Ayoubi, a human rights activist, died today 21-02-2018 in a clinic in the capital city of Western Sahara Laayoune due to torture he suffered. He was one of the prisoners who has suffered most torture whilst in the custody of the Moroccan authorities. He suffered torture during his detention and in the prison, where he was held.

Mohamed Al-Ayoubi was detained on 8 November 2010 when the Gdeim Izik protest camp near El Aaiun, the capital of occupied Western Sahara, was dismantled by the Moroccan army, police and auxiliary forces.

Mohamed stated that he was tortured through beatings, sleep-deprivation, and cigarette burns on his body among other things. He was also sexually abused with sticks and choked with sponges soaked in urine.

Later, Mohamed was formally detained and transferred to Salé 2 prison. Here he also suffered mal-treatment. In addition to torture and sexual abuse, he was held in solitary confinement. As a result of the torture he experienced, he was left in a critical state and had to be transferred to Ibn Sina university hospital in Rabat. He remained there from December 2010 until February 2011.

Due to his critical health status and as a result of negotiations between other political prisoners from the Gdeim Izik group, who went on hunger strike, and the Moroccan authorities, Mohamed was conditionally released. Their hunger strike lasted a total of 38 days.

On 17 February 2013, a Moroccan military tribunal sentenced Mohammed Al-Ayoubi to 20 years in prison, in a trial which was described as unfair by various NGOs and international observers. The sentence was based on ‘confessions’ obtained through torture. Mohamed appealed, but the sentence was eventually upheld by the Court of Appeal in Rabat on 20 December 2017.

Mohamed Al-Ayoubi still suffered from various conditions related to the torture he experienced during his period of detention, including diabetes, kidney failure and hepatitis. He received regular treatment for these and recently had to have two toes amputated. In addition, his shoulder, which was broken during torture, was permanently dislocated.

‘The system of presenting allegations of torture and maltreatment and to investigate, judge and punish those responsible, appears to exist in the law only, with very few exceptions. We have to overcome the gap between the law and practice.’

During his visit to the Kingdom of Morocco in September 2012, Jun Mendes, UN Special Rapporteur on Torture, drew attention to the fact that public prosecutors and judges rarely investigate allegations of torture which is used to obtain confessions during the early stages of detentions and interrogations. He stated: ‘The system of presenting allegations of torture and maltreatment and to investigate, judge and punish those responsible, appears to exist in the law only, with very few exceptions. We have to overcome the gap between the law and practice.’