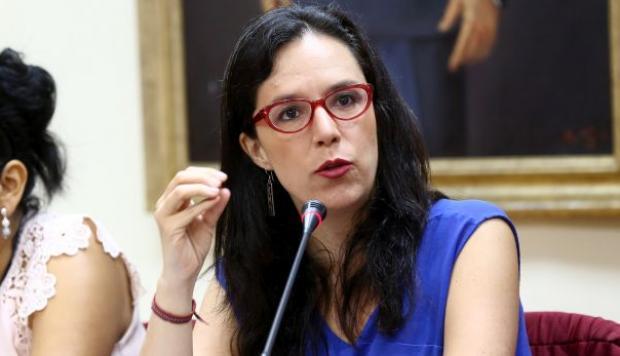 February 10, 2018 Written by AdalaUK. Posted in articles No Comments

This article was written for Adala UK by Marisa Glave Remy, Member of Congress of Peru, regarding the deportation of the Saharawi Ambassador, Jadiyetu, from Lima.

Peru recognised the Saharawi Arab Democratic Republic in 1984, but in 1996, during the Alberto Fujimori regime and under pressure from his advisor, Vladimiro Montesinos (who is now in prison for corruption), diplomatic relations were suspended.

This decision did not mean that Peru no longer recognised SADR as a nation. Since 2001, when we recovered our democracy, we have always welcomed Ambassdors or Special Envoys from SADR who seek to reinstate diplomatic relations and start solidarity relations through political and social organisations, explaining the history of the Saharawi people.These actions have always been rejected by unofficial Moroccan spokespersons. This time, Fujimorista congressmen and women (the remaining political representatives of the Dictatorship in Peru) have put pressure on Cancillería and the Ministry of Migration, complaining about Jadiyetu’s activities in Peru. The point they made was that she entered the country under the auspices of tourism and they maintain that she conducted political activities which they say are prohibited. But it must be noted that the congressmen and women who made the complaint about Jadiyetu to the parliament are members of the Peru-Morocco League of Friends.

In this instance, the Ministry of Migration acted arbitrarily, taking as fact the accusations made by the fujimorista congressmen and women, without investigating the accusations properly or hearing from Jadiyetu or from Saharawi solidarity organisations.

What is certain is that Peruvian legislation only expressly prohibits tourists from realising economic activities, which is something Jadiyetu did not do. The matter of the supposed proselytism remains a discretionary issue, making the action of the Ministry of Migration totally arbitrary.

Various congressmen and women from different political parties joined together to reject the reaction by the Ministry of Migration. We pointed out that this supposedly administrative decision was actually a political action, motivated by pressure from Fujimorista politicians who form part of the League of Friends of Peru-Morocco. It is an international embarrassment for Peru, which has always prided itself on having an open attitude focused on dialogue, to permit pressure from one group to prevent the entry to our country of a Saharawi woman for a cultural exchange. This is especially problematic given that Jadiyetu El Mohtar is such an important figure in the history of the Saharawi Women’s Union.

I also believe that having closed the doors on a peaceful envoy of solidarity it is clear that to retain our position of complete neutrality on the UN Security Council, Peru must reopen diplomatic relations with SADR, in the same way that it maintains relations with Morocco. This would show our neutrality and co firm that we have not sideed with one of the actors in this conflict.

Morocco has a strong lobbying presence with many representatives able to exert serious pressure. They have allies in the form of Fujimorista congressmen and women who hold the majority in the Peruvian parliament and who are able to blackmail the Executive. It is shameful that our Executive is so weak that it allows pressure from the Fujimorista arm to dictate immigration policy.